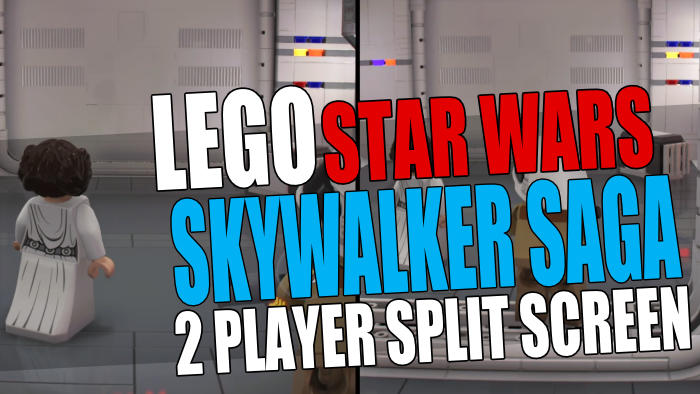 Lego Star Wars: The Skywalker Saga is a fantastic game that lets you explore all nine of the star wars movies in lego style, which is pretty awesome. But to make the game even more fun you can partner up with your friend and play some local co-op 2 player split screen in Lego Star Wars Skywalker Saga. That way you can team up and play with a friend on your couch and battle through the Star Wars galaxy.

Can Player 2 Earn Trophies In The Skywalker Saga Split Screen?

Unfortunately, if you are playing all of the missions with your friend as local 2-player split screen, then only player 1 will be able to earn themselves a trophy. So if you both want to collect the achievements you will either need to play solo or complete Lego Star Wars twice!

If you want those trophies then make sure when you launch the game that you are player 1 by signing in first! And you never know, they may add player 2 trophies in a future patch for the game. But at the time of writing this unfortunately player 2 cannot earn trophies in Lego Star Wars The Skywalker Saga.

If you are joining in as a second player on split-screen to help out your friend, then you will have everything that player one has unlocked, and you do not have your own separate progress. If you miss a couple of quests/missions and join in on Lego Star Wars split screen later, you will not miss out on any unlockables or characters.

Also, if you unlock anything yourself then it will go towards the player one’s progress. So as I said above, if you want the trophies and unlocks get your profile signed in first and be player one!

Below are the steps for playing local co-op split-screen on your PlayStation in Lego Star Wars: The Skywalker Saga:

1. Go into an Episode then into a level

2. Once you are within a level you will notice in the top right corner it says “Press any button on another wireless controller to join“

3. Now turn on your second controller and press any button

5. Once signed in you will be joined as a second player in split-screen in the Lego Skywalker Saga game.

I hope the above guide has helped you play local 2 player split screen in Lego Star Wars: The Skywalker Saga on your PlayStation 4 or PlayStation 5. And you can now blast through the galaxy using one of the awesome characters.

If you enjoyed this guide then we are sure you would like all of our other gaming guides here.