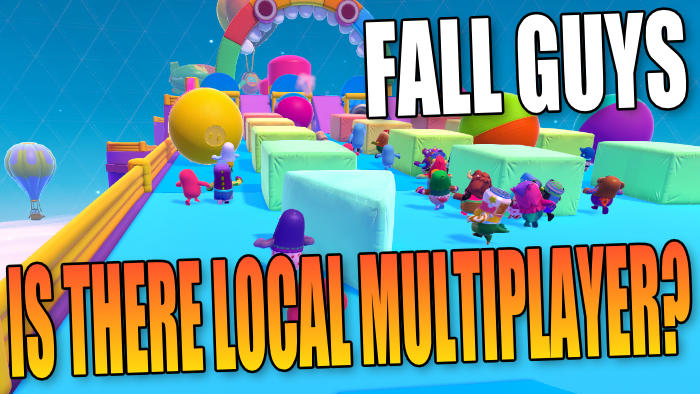 Fall Guys: Ultimate Knockout is an incredibly addictive game and at times can be frustrating, but that just makes the game even more enjoyable. But one thing that could really make Fall Guys even more fun is local multiplayer or split-screen. And that’s why you are here to see if it is possible to play local 2 player co-op in Fall Guys.

Fall Guys has now become a free-to-play game so there are a lot more players playing the game. Whether you are playing Fall Guys on your Switch, Xbox, PlayStation, or PC, it is now “Free for all”. You can join and invite friends to a party, to try and complete those addictive rounds. But can you play Fall guys with friends on the same device?

Unfortunately, at the time of writing this post Fall Guys does not support local multiplayer or split screen on any device. So you cannot play 2 player co-op on the same PC or console.

But that’s not to say that it won’t happen later down the line and we shouldn’t rule out local multiplayer in Fall Guys just yet. As it could still happen in a new update, well we sure hope so!

We hope the little post has helped you in finding out that Fall Guys does not have 2 player split screen or local multiplayer support. And this will now save you hunting around the different menus within Fall Guys trying to find a local 2-player option.

If you found this post helpful then we are sure you would like our other gaming guides.