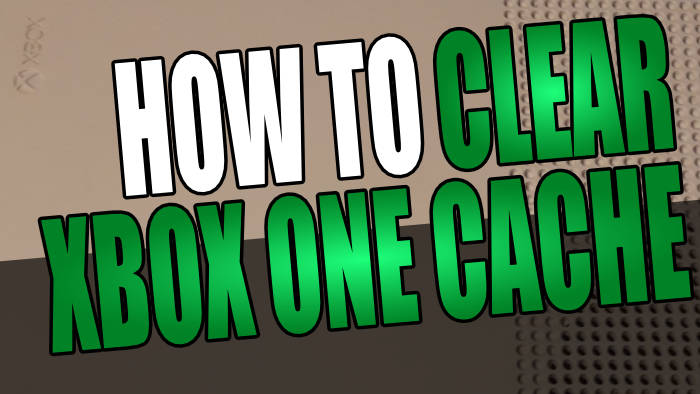 In this guide, I will be showing you how to clear the cache on an Xbox One. This is a great way of fixing problems with the console such as crashing, freezing, performance feeling slow and of course, the dreaded error codes. Luckily it’s easy enough to clear on the Xbox to clear cache, as I show in this guide.

Below you will find the steps for deleting your system cache files on your Xbox One. And don’t panic this will not remove any of your saved data for your games, it will only remove the old temporary cache files that will get recreated over time.

What is Xbox One cache?

The Xbox One cache is a location within the system that has loads of different temporary files which are used to help improve the performance and load times of your system, games, and apps but sometimes things can go wrong with these files resulting in problems with your Xbox One so clear the cache can help fix this and its fine to remove the files as they are only temporary and your Xbox will just create them again.

Why clear the Xbox One cache?

As I said above if you have been having different problems with your Xbox One recently then clearing its cache data is a great place to start in resolving these issues.

It can help fix many things but one of the best advantages of clearing the cache files is that it can help speed up your console, especially if you have not ever reset the cache before. And seeing as you are reading this guide suggests you have never done this.

How to clear cache on Xbox One

Below are the steps for clearing the cache from your Xbox One.

1. First thing you need to do is completely turn off your Xbox One

2. Once off ensure that no lights are showing on the front of your console and the Xbox button is not lit up

3. You can now turn it off at the wall socket

4. Now unplug the power cable from your Xbox One

5. Leave it unplugged for around 60 seconds, so go grab a drink or something

6. You can now plug the power cable back into your Xbox One

7. Turn it back on at the wall socket and turn on the Xbox One and the cache will be cleared

I hope the above guide helped you clear your Xbox One cache files and it was easy enough to follow the steps.

If you did like this guide and found it helpful then I am sure you would like some of our other gaming guides.