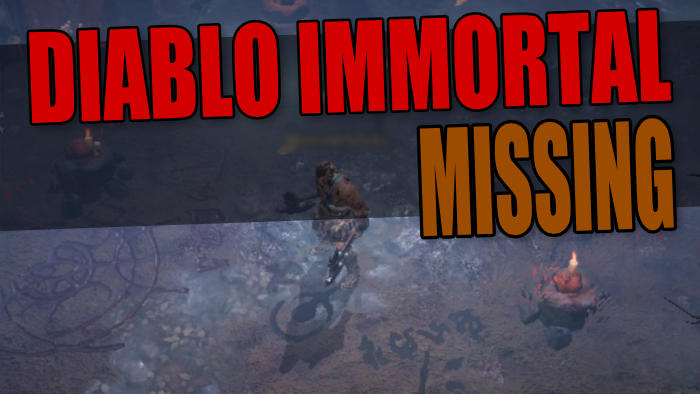 Have you been looking forward to playing the latest Diablo game on your Android phone, to find that Diablo Immortal is missing from the Play Store? Well if that is the case, then it might not be for the reason you think!

If you are going onto the Google Play Store or Play Games and pulling your hair out because you cannot find Diablo Immortal to download even when using the search bar, then there is a good reason why.

Why has Diablo Immortal gone from Play Store?

The first thing to check is that your device does actually meet the minimum system requirements for the game. If you know that your phone is compatible, then carry on reading:

If you are not able to find Diablo Immortal and it is not visible, in the Play Store then it’s most likely because Activision has changed the requirements to be able to play the game. This is due to players having graphics issues when playing the game on mobile, and the main devices that seem to be affected are Samsung due to their chipsets. So this has unfortunately resulted in Activision temporarily reducing the availability of the Diablo Mobile game.

If you do find the app or a link to it, then you will see a message at the top of the Play store Download page of the game saying “This app is no longer compatible with your device. Contact the developers for more info.“

Hopefully, it won’t take long for Blizzard to fix what’s causing the graphics issues in Diablo Immortal on Samsung devices. In the meantime, you can keep checking to see if the game is available for your device using this link, just do it on the android device that you would like to install the game on.

Downloaded Diablo Immortal before it was removed?

You may have already played the game on your Android phone and downloaded it on release day, but noticed on the Play Store that it says the message about your app no longer being compatible. If you were lucky enough to download Diablo Immortal before the game was restricted then you will still be able to play the game. Just don’t uninstall it otherwise you will need to wait until the game becomes available again for your device.

Other reasons for not being able to see Diablo Immortal in the Play Store could be due to not being signed into an account with the appropriate age to install the game to the device.

We hope the above has explained well enough the reason why you can’t find Diablo Immortal on the play store, on your Android device.

If you found this guide helpful then we are sure you would like some of our other gaming guides.