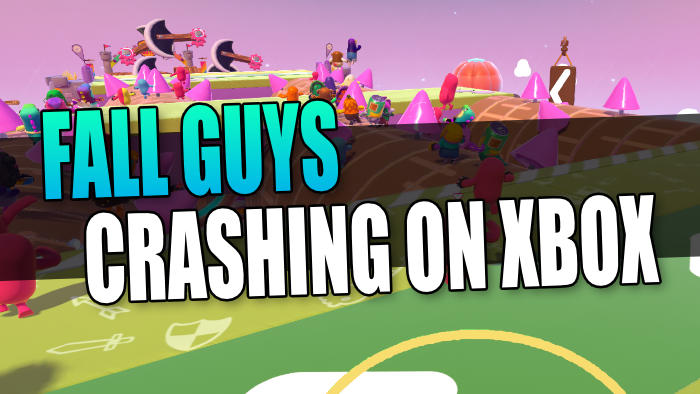 In this guide, I have listed methods on how to fix Fall Guys crashing and not loading on Xbox. If you haven’t tried this awesome game, then it’s the perfect time as it’s free to play on your Xbox series X|S and Xbox One. Luckily, there are a few things that you can do if Fall Guys keeps crashing or not loading at all on your Xbox console.

Fall Guys came out back in August 2020 and you originally had to purchase the game but now it has become Free To All, which is great. As it encourages more players to join in the madness in trying to be the best at completing all of the tricky challenges! But if you are having issues with Fall Guys not working then that’s going to stop you from being able to compete, so below are the different methods you can try that should get you playing shortly.

Why is Fall Guys stuck on loading screen on Xbox?

There can be many reasons why Fall Guys is stuck on the loading screen, keeps crashing, or not launching when trying to play the game on your Xbox One or Xbox Series X|S. For example, it could be due to a server issue, one of the game files is corrupt, or you have not got the latest version of the game installed on your Xbox.

How to fix Fall Guys not loading & crashing on Xbox:

Below are the different methods that should fix the game on your Xbox One or Xbox Series X/S. You will need to do each method until one gets the game working.

If the servers are offline then it could get stuck on the loading screen. The best way to check if there are any known issues is by checking the Fall Guys Twitter page.

Fix 2: Turn off the console

As the title suggests completely shut down your Xbox then unplug the power cable for 60 seconds. This will then also clear your Xbox cache.

Once it’s been 60 seconds plug the power cable back in and turn your console on and try the game again.

If your Xbox is overheating then this could cause Fall Guys: Ultimate Knockout to crash and not load. So ensure there is enough space around your console, and it’s getting enough airflow and it’s not getting too hot. If it is then you will want to fix this ASAP otherwise it could damage your Xbox console.

If you don’t have the latest system update installed for your Xbox then this can cause issues so check everything is up to date.

Check you have the latest version of Fall Guys installed on your Xbox. The chances are you have if you have auto-update enabled.

Check you have enough storage space. If you are getting low then this could cause issues with Fall Guys not launching, so free up some space:

If none of the above methods have helped fix Fall Guys crashing on your Xbox then the next thing to do is reinstall the game as there could be an issue with one of the game’s files being corrupted.

I hope the above guide helped fix crashing and loading issues in Fall Guys: Ultimate Knockout on your Xbox One or Xbox Series X|S. And you are now able to enjoy this brilliant free-to-play game.

If you did find this guide helpful then I am sure you would like our other gaming guides.