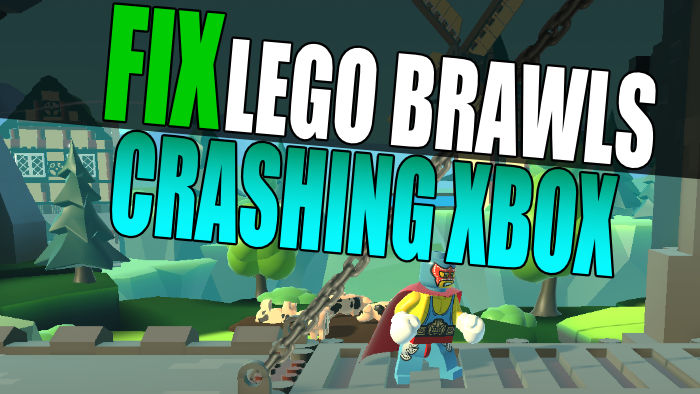 In this guide, we have listed different methods that you can try to fix Lego Brawls not loading and crashing on Xbox. Whether you are playing the Brawl Royale mode solo to get that victory or jumping into a game of local multiplayer 4 vs 4, it is a shame if Lego Brawls crashes or gets stuck on the loading screen and you can’t play!

This is such a fun game and we love the fact that you can customize your mini figure and then choose a lego theme for your game modes like Pirates, or Ninjago. You can then jump into a game of online multiplayer collecting the most bricks, or brawling and battling your way to the end in the free for all game mode.

There is plenty to do and see in Lego Brawls, and you can have hours of fun with your friends, even playing with up to 8 on the same Xbox Series X|S or Xbox One, in a bit of couch play local multiplayer!

Why is Lego Brawls not working & keeps crashing?

It’s frustrating if you are unfortunate enough to have issues with the game such as Lego Brawls keeps crashing on launch or mid-battle, or it just won’t load or work properly. Don’t be too disappointed as there is usually a good reason why your game is not working on Xbox.

The issues you are having could be fixed in a game update, or you may have corrupted saved data on your console. It could even be that your Xbox needs updating. Whatever the cause, hopefully by trying one of our methods you will be back playing in no time.

We have listed the steps below on how to fix Lego Brawls crashing and loading issues on your console. These methods apply to both an Xbox One or Xbox Series X|S.

First things first, if Lego Brawls is stuck on the loading screen or has crashed and frozen mid-game, then try either closing the game and then launching it again.

Or if that fails then try restarting your Xbox to clear the issue as hopefully, it was a one-off.

You can easily clear the cache on your Xbox to fix issues with Lego Brawls not working and also help with the performance of your console:

If you are trying to play a game of collect mode or perhaps free for brawl in online multiplayer, then the game will get stuck on the loading screen and crash if you are not connected properly:

Your Xbox can overheat very easily, especially if you have blocked the fans by putting your console in a draw or in a confined space. Make sure you have sufficient airflow around the Xbox or you may find your game keeps crashing and not launching.

The latest patch for the game could fix your issue. Or making sure you have the latest system software installed can help with games not loading or working.

There may be something on your user that is causing the issue with the lego game, so try switching user profile to see if that helps.

If you are playing online multiplayer then ensure your user is the one with the subscription and online services for Xbox.

If you have a queue of games or apps updating or downloading while you are playing the game, then these could be making Lego Brawls to not load and crash. So try pausing them for now.

As we mentioned above, if your saved data has become corrupted then this will cause a few problems. You can delete it, but keep a backup of it first in case you need to restore it:

The last method is to try reinstalling the game if you are still having issues. And hopefully, the fresh install will resolve your issues and get you playing again:

Hopefully, one of our methods in this guide helped fix Lego Brawls crashing and not loading on your Xbox, and you can now get a win in one of the game modes and it is working again for you.

You can check out more of our gaming guides here.