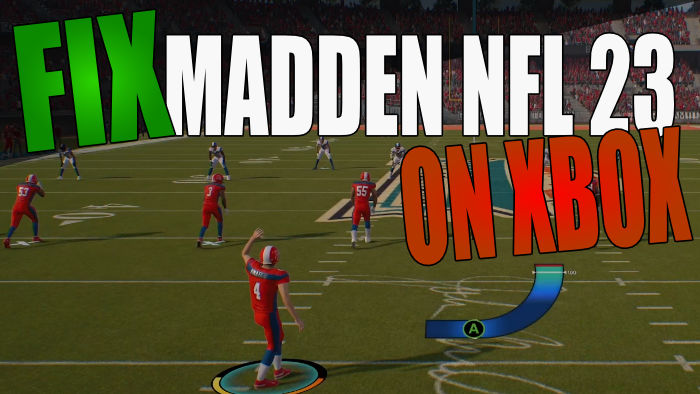 In this guide, we will be looking at ways to fix Madden NFL 23 crashing and not loading on Xbox Series X|S and Xbox One. The American football game has been very popular for EA Sports, and similarly to FIFA is released every year. But it’s very frustrating if you are getting stuck on the loading screen or the game keeps crashing in Madden 23.

You can arrange your fantasy team with your favourite NFL stars, play the league with good old-fashioned American football, or manage your franchise. If you are a fan of the previous Madden NFL games and you are having issues with this one, then luckily there are methods to fix not loading and crashing issues in the game on your Xbox console.

Why does Madden 23 keep crashing & freezing?

The reason you could be getting these issues with the latest NFL game could be caused by outdated software, your console overheating, or even the user profile you are using.

Whatever the cause, you may be experiencing Madden NFL 23 crashing on launch or in the middle of a football league, or it just won’t load at all on Xbox.

We have listed some methods below that you can try to hopefully fix Madden 23 not working on your Xbox series X|S or Xbox One.

If you haven’t checked your Xbox for updates recently then check and see if there are any new updates.

If you have auto updates turned off then there could be a new update available for the game that resolves the crashing or loading issue that you are having.

Clear the cache of your Xbox as this can help with Madden NFL 23 not loading and if it keeps crashing to your home screen. This sounds complicated but don’t worry as it’s not, and it won’t delete any of your saved data, etc:

Try playing the game on a different user profile on your Xbox. If the game works fine on that profile then it could be an issue with your saved data, so you will want to try removing this. But just make a backup before deleting your saved data for the game:

If your console is overheating then it can cause the game to crash so make sure your Xbox is not getting too hot and is getting enough airflow.

If the above methods have not fixed Madden NFL 23 on your Xbox then the next thing to do is reinstall the game on your Xbox. So if you had any corrupted game files then this will remove them:

That’s the end of our guide on how to fix issues with Madden NFL 23 crashing and not loading on your Xbox. Hopefully, you can now enjoy the game and win that league!

If this helped you out then we have more gaming guides here.