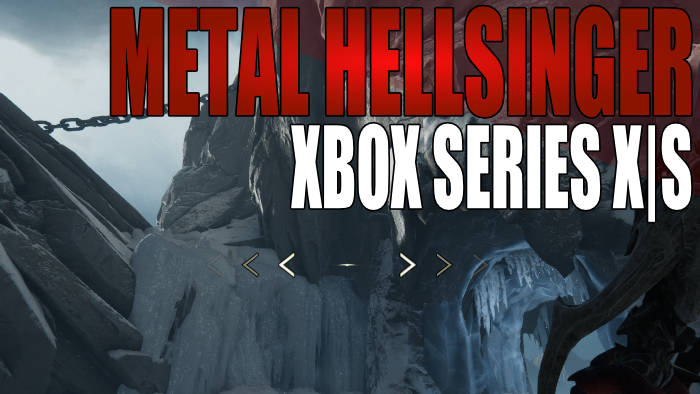 In this guide, we will be taking a look at fixing Metal Hellsinger not working or crashing on Xbox Series X|S. If you are trying to play this awesome rhythm FPS game but it keeps crashing or not loading then don’t worry. As there are a couple of things that you can do that should fix this.

HellSinger allows you to battle it out against enemies from hell to some really awesome-sounding music. But the twist is you have to do this to the rhythm, and it is very addictive! But seeing as you are on this guide then this means that you are having issues with Metal Hellsinger not working on your Xbox Series X|S. So below, we have listed different methods you can do to fix this.

Why is Metal Hellsinger not working on my Xbox Series X|S?

Many things can cause the game to not work on your Xbox Series X|S. For example, it could be that you have not got the latest version of the game installed that has a fix for the issue that you’re having. The save data could have become corrupted, or you may need to clear your console’s cache.

How to fix Metal Hellsinger crashing on Xbox Series X|S

Below are the different methods for fixing the game on your Xbox Series X or Xbox Series S. You will need to do each method until one resolves the problem you are having.

Ensure you have the latest update installed for your Xbox system:

Check if there is a new update available for the game as it may have the fix for the crashing or loading issue that you are having in the Hellsinger game:

Try restarting your console. We know it sounds simple, but it can fix many problems.

Try clearing your Xbox Series X|S console’s cache. This can be done easily providing you can get to the back of your Xbox:

Remove your saved data then launch the game to see if it works, as your saved data may have become corrupted. Just make sure you backup your data before doing this in case it’s not the problem:

If none of the above methods helped fix Metal Hellsinger on your Xbox Series X|S then try reinstalling the game. If you had it installed on an external drive then reinstall it to the internal drive, in case it’s a problem with the drive:

We hope one of the above methods helped fix the Metal Hellsinger not working on your Xbox Series X|S, and you can now sit back and enjoy listening to the awesome music and take out those enemies!

If you enjoyed this guide then we are sure you would like our other gaming guides.