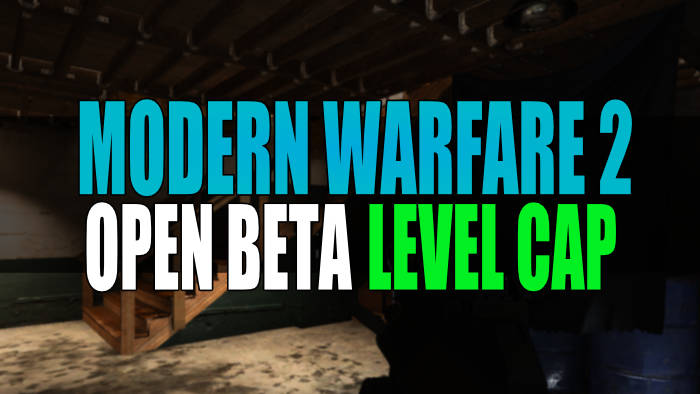 Have you already been playing the MW2 Beta but your level is stuck at 30? The Call of Duty Modern Warfare Beta is finally here and if you have been playing match after match trying to level up as fast as possible to only find out that your Modern Warfare 2 Beta is stuck at level 30, then don’t panic! There is a good explanation as to why you are not able to level up higher than level 30 in the game.

We have been looking forward to playing COD Modern Warfare 2 Beta for a while now, and just like any other COD game the first thing I like to do is try and level up and get as high a rank, as fast as possible. So I can get all the best attachments, perks, and unlocks to help in the matches.

But as you are on this article then this means that you are asking the question “why am I stuck at level 30 in MW2 beta? And you are wondering why you are not able to get a higher level or rank in the game, whether you are on an Xbox, PlayStation, or PC.

Don’t panic there isn’t an MW2 Beta level bug! And the reason you are unable to level up higher than level 30 in Call of Duty Modern Warfare 2 beta is that there is a level cap in place.

If you already were lucky enough to play the Beta on your PS5 or PS4 on the first Beta weekend, then your level progression from Weekend 1 will be carried over to Weekend 2. Even if you decide to play Modern Warfare 2 Beta on a different platform such as Xbox One, Xbox Series X|S, or a Windows PC for weekend 2, it will also be carried over.

The level caps are the following:

By completing challenges and playing the Beta, you can also unlock some cool rewards and loadout items for the Beta. You can even unlock blueprints that can carry through to the full game:

Here are some of the Modern Warfare rewards you could unlock at certain ranks.

We hope the above article has helped you understand why your Modern Warfare 2 Beta is stuck at level 30 and you are not able to rank up any higher in the second week. And you know why you will not be able to get any higher than level 30 during the MW2 beta as it’s capped.

If you did enjoy this article then we are sure you would like some of our other gaming guides.