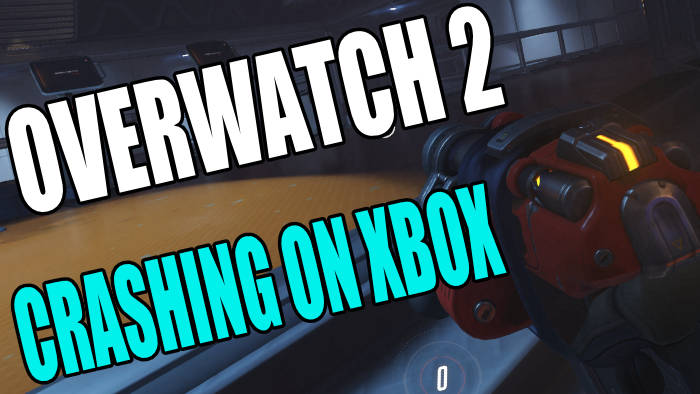 The sequel to Overwatch is finally here, and I have been looking forward to playing this action-packed 6v6 game on my Xbox. But it’s very disappointing if you have problems with Overwatch 2 crashing and not loading on Xbox One or Xbox Series X|S. If you have already been enjoying this 6v6 battle game, or haven’t even managed to get the game to work yet, then luckily there are methods you can try to fix the issues you are having.

Overwatch 1 was a very popular game, and its servers are now shut down to make way for Overwatch 2 which is free-to-play! Just like the previous Overwatch you get to play against other players from around the world battling it out with your favorite hero, trying to win the match! And this is very fun when it works.

But, as you are on this guide, this means that Overwatch 2 is not working on your Xbox console. So below I have put together different methods you can do to fix these issues such as it getting stuck on the loading screen or crashing on startup.

Why is Overwatch 2 not working on Xbox?

Many things can cause Overwatch 2 to stop working and not load on your Xbox. For example, it could be as simple as not having the latest system update installed for your console, changing the refresh rate that your Xbox is using, or it could be a problem with your console’s cache files.

I have listed some easy methods below that you can do to fix Overwatch 2 crashing and not loading on your Xbox and hopefully, you will be back in no time at all battling it out with your favorite heroes.

If you are having issues with Overwatch 2 getting stuck on the loading screen or not working, then is your internet connection decent? It may be that you are not connected at all. So test your network on your Xbox:

Simple but effective, first just restart your Xbox as this can help resolve many crashing and not loading problems.

Make sure you have the latest system update installed for your Xbox One or Xbox Series X|S. Not only could it fix the crashing issues in Overwatch 2, but it could also add new features.

Try launching the game on a different profile, as there could be a problem with the profile you are signed into. If it works then you will need to figure out what’s different between the two profiles.

Change the refresh rate that you are currently using as it could be either too high or too low, causing Overwatch 2 to keep crashing:

Clear your Xbox cache as this can help resolve many issues. And although it sounds complex it’s actually easy enough to do:

Make sure there isn’t a new patch for the game as this could have the fix for your issue:

If none of the above methods helped fix Overwatch 2 crashing on your Xbox then the next thing to do is reinstall the game as there could be a problem with one of its game files.

If you did have it installed on an external drive then try installing it on your internal drive.

I hope one of the above methods helped fix Overwatch 2 not working on your Xbox One or Xbox Series X|S, and you can now have fun trying to win some matches.

If you did find this guide helpful then I am sure you would like some of our other gaming guides.