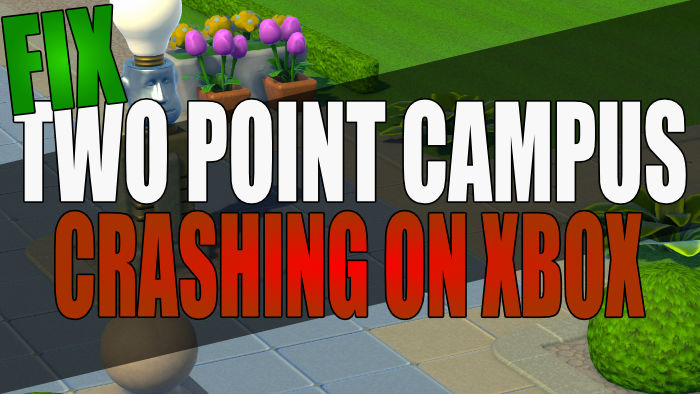 In this guide, we will be taking a look at how to fix Two Point Campus crashing and not loading on Xbox. If you are trying to play this game and build the university of your dreams but having issues with the game crashing or not loading on your Xbox One or Xbox Series X|S, don’t worry just yet. As there are a couple of things you can do that should fix Two Point Campus if it keeps crashing or getting stuck on the loading screen.

But if you are on this guide then that means that you are having crashing issues with Two Point Campus so below I have put together different methods you can do that should help.

Why is Two Point Campus not working on my Xbox?

There can be many reasons why you are not able to play Two Point Campus on your Xbox and it keeps crashing and won’t load. For example, it could just be you are running low on storage space, or a recent update for the game has caused the issue and you need to wait for a new update. Or you have not got the latest system update installed for your Xbox.

Below are the different methods to fix Two Point Campus crashing on an Xbox One or Xbox Series X|S console. You will need to try each method until one fixes the issue you are having.

That’s right, just a simple restart of your Xbox can work magic when it comes to resolving issues. So grab a coffee and restart your console.

If you have not updated your Xbox in a while then you will want to check to see if there is a new update available, as this could fix the problem you are having with the game.

If your games do not automatically update then check you have the latest version of the game installed. There could be a fix in the latest patch that fixes the loading and crashing in Two Point Campus.

If you are getting low on storage space on your internal drive then free up some space.

Also, if you have the game installed on an external drive then free up some space:

Clearing the cache on the Xbox might sound daunting but it’s easy enough to do and will give the system a fresh start hopefully fixing the game:

If your saved data has become corrupted then this is going to be an issue and stop the game from working correctly. So backup your saved data then remove it and see if that works.

If it does not then you can restore the saved data you backed up.

If your Xbox is overheating then this is going to cause massive problems not only causing the game to crash but also could damage your console. So ensure there is enough space around the console and it is getting enough airflow.

If none of the above methods have helped fix Two Point Campus on your Xbox One or Xbox Series X|S then the next thing to try is reinstalling the game.

When you do install it onto the internal storage of the console if you had it installed on an external drive or vice versa:

I hope the above guide has helped fix Two Point Campus not loading or crashing on your Xbox and you are now able to build a university and enjoy the game.

If you found this guide helpful then I am sure you would like our other gaming guides.