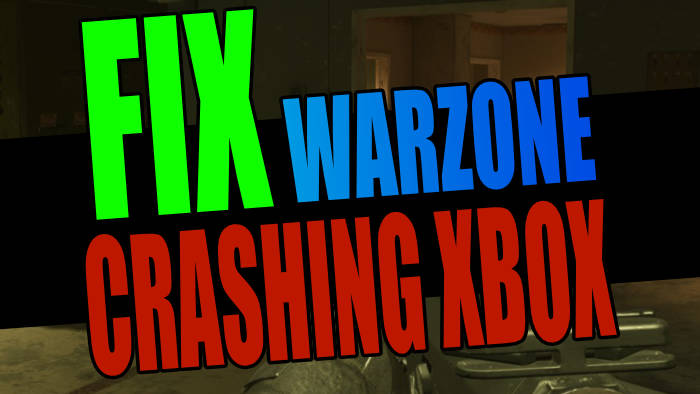 Why does Warzone 2.0 keep crashing on Xbox? When it comes to Warzone 2 crashing, freezing, not launching, or crashing to the home screen, then there are a few things that can cause this to happen, such as not having the latest system update installed for your Xbox One or Xbox Series X|S.

So that’s why I have put together a list of different methods that you can use to troubleshoot when Warzone 2 keeps crashing and not loading on your Xbox console.

Call of Duty Warzone 2.0 is a game that most people have heard of by now, and it’s a massive battle royale free-to-play game available on most devices. Within the game, you get to battle it out against other players from around the world with one goal, and that’s to win the royale.

But this can become pretty hard when Warzone 2 keeps crashing which is why I have written this guide below to hopefully fix COD Warzone 2.

How to fix Warzone 2.0 crashing Xbox

Below I have listed different methods that you can use to fix Warzone 2 crashing, freezing, not loading, and just not working on an Xbox One or Xbox Series X|S. You will need to do each method until one fixes the issue that you are having.

Check there are no new updates available for the game as if there are then you will need the update installed to be able to play which would cause Warzone 2 not loading issues.

If your Xbox One or Xbox Series X|S is overheating then this is going to cause your Xbox games to crash, not only this but it could also cause permanent damage to your Xbox. So ensure that your console is getting decent airflow and not overheating.

The Xbox system cache can sometimes cause many different problems so by clearing it we can resolve these issues. And don’t worry this will not remove any game data or games, it will only remove temporary cache files.

Try switching to a different user profile on your Xbox in case there is a problem with your user profile thats making Warzone 2.0 crash on your Xbox. If it works then you will need to figure out what setting is on your profile is causing the problem.

If the saved data for Warzone 2 becomes corrupted then this is going to cause problems with the game. So make a backup of your game saved data then remove it, and test to see if that fixes the game. If it does not then you can restore your save data.

I hope one of the above methods helped but if you are still unable to play Warzone 2 on your Xbox One or Series X|S then the next thing to do is reinstall the game, in case one of the installation files became corrupted during the original install or an update.

If you do have the option, install the game to a different storage drive.

I hope one of the above methods helped fix the problems you were having with Warzone 2 crashing and not working on your Xbox console. Hopefully, you can now sit back and enjoy the game, and get a battle royale victory which is something I would like to get more often. But I seem to do better in Fortnite!

If you like the above guide then I am sure you would like some of our other gaming guides.