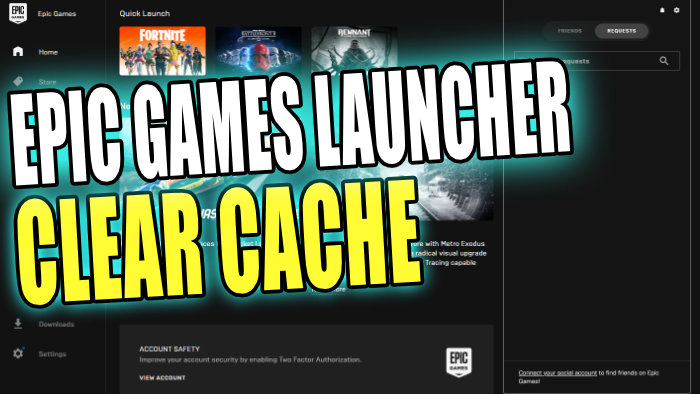 1. Completly close down Epic Games Launcher > Open File Explorer then in the address bar type the following and press enter:

Once you have done the above steps you can now open the Epic Games launcher and see if the problem you were having has been resolved.

Check out the video tutorial here on How To Clear The Epic Games Launcher Cache if you are getting stuck: