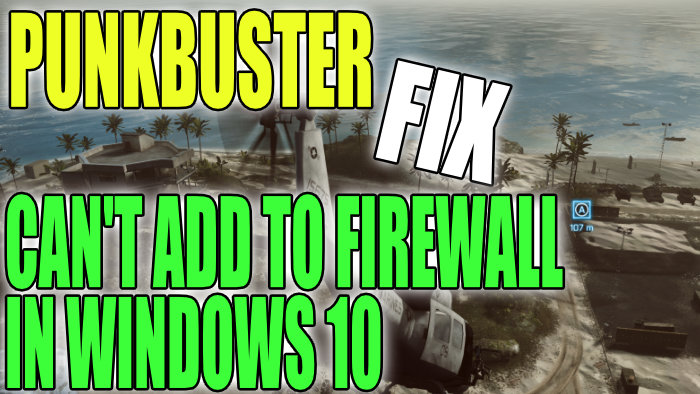 How To Fix PunkBuster Missing From Firewall

Don’t panic because there can be a few reasons why this has happened. It could be that when you installed the game that requires PunkBuster you are missing the PunkBuster service from Windows 10, or you just need to add PunkBuster manually. We will show you how to do this below.

How To Fix Can’t Add PunkBuster To Firewall in Windows 10:

1. PunkBuster isn’t listed as PunkBuster on the Firewall allow/exception list – When you are trying to add PunkBuster to the allow list of your firewall it won’t actually show as PunkBuster

2. PunkBuster installed directory location – Manually add the two services to your Firewall and the locations for the PunkBuster Services are below:

If PunkBuster is not in the above location try these two locations:

3. Reinstall The PunkBuster Service – If the above methods did not work then it most likely means that for some reason PunkBuster service is not installed on your computer and you will need to install it:

There you have it that is how you can fix PunkBuster missing from your firewall. You will now be able to enjoy your games and play them online without constantly being kicked by Punkbuster or getting Punkbuster errors.