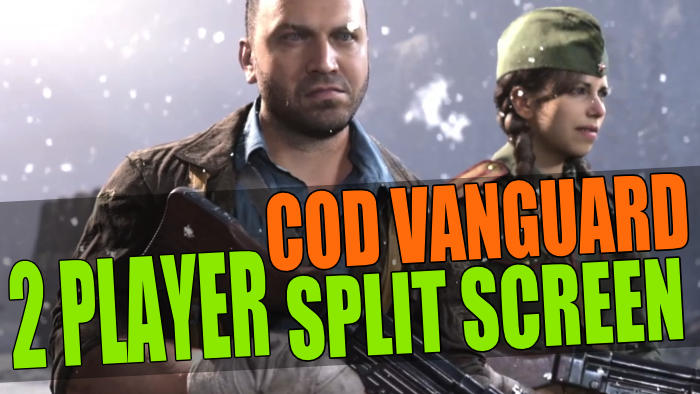 In this guide, we have listed the steps on how you can play Split Screen in Call Of Duty Vanguard on your PlayStation 4 or PlayStation 5. Vanguard is an awesome game that is also based on World War 2, just like the first COD game. So being able to play a bit of 2 player split screen is great news!

Split-screen basically means 2 players on one screen in COD Vanguard. This way you can play either against or alongside a friend in multiplayer on the same TV, and all you need is two PlayStation controllers.

We are big fans when it comes to the Call Of Duty games, dating all the way back to the very first game in 2003 by Activision. So we really enjoy sitting back next to each other, playing a bit of Team Deathmatch on the same console in Vanguard 2 player split screen. And we have listed the steps on how to do this on a PS5 or PS4 below. Did you know you can also play split-screen in COD Vanguard on Xbox too?

What Game Modes Can You Play In COD Split Screen?

In 2 player split-screen, you will be able to play either online multiplayer or a local match in the COD Vanguard game. So you will play against other players online, or you can play a local 2 player split-screen match. And compete against your friends 1v1 and see who is the better player.

How To Split Screen In COD Vanguard PS5/PS4:

1. First you need to launch Vanguard and select Multiplayer

4. Now press X to join the second player in your lobby

5. You can now choose the game mode that you would like to play 2player split screen in

We hope the above guide helped you set up 2 player split screen in Call Of Duty Vanguard, and you are now having a blast in online multiplayer together.

We really enjoy playing split screen in games like this, although at times it can be a bit harder as you share a screen. But it doesn’t take long to get used to it!

If you found this guide helpful then we are sure you would like our other gaming guides here.