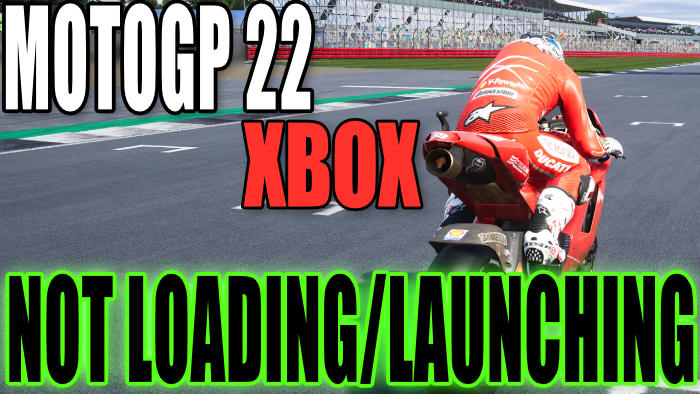 MotoGP 22 has finally been released for the Xbox, and so far the time I have spent in the game has been fun. I love riding those beautiful bikes at high speeds around the circuits. However, if you are on this guide then that means you are not having the same fun as I am because MotoGP 22 is not launching & loading, or crashing on your Xbox.

So in this guide, we will be taking a look at MotoGP 2022 Crashing, not launching, and not loading on an Xbox One or Xbox Series X|S. This can be very annoying when it happens! All you probably want to do is sit back, relax and ride some motorbikes as fast as you can around some awesome circuits. Luckily there are a couple of things you can do that will hopefully get you back into the game shortly, and I have listed those methods below.

Why Is MotoGP 22 Crashing & Freezing On Xbox?

It’s not often a game runs into issues on a console (unlike a computer). However, it still happens and when it does it’s annoying. Whether you are playing solo, split-screen, or online multiplayer, the MotoGP 2022 game can still freeze, get stuck on the loading screen, crash to your home screen, or not launch at all.

There are a few things that can cause this to happen. It could be that your console is not up to date, a MotoGP 22 game file has become corrupted, or even your Xbox is overheating.

What If The Game Still Does Not Work?

If you are still unable to play MotoGP 22 on your Xbox One or Xbox Series X/S because it keeps Crashing or not launching, then you might need to either wait until a patch is released that might resolve the issue for the game. Or you might need to reset your Xbox if the methods below did not help.

Below are different methods that will hopefully get MotoGP 22 working on your Xbox console again. You will need to go through and try each method until one resolves the issue that you are having.

Go to your Xbox dashboard then select MotoGP 22 and quit the game, so it is completely closed. Then try launching the game again.

If your Xbox is not running the latest system software then this can cause a few issues with MotoGP 22 crashing, so check to see if any new updates are available:

Ensure the game is up to date. If you don’t have the latest version of the game installed then the chances are the loading and launching issues you are facing with MotoGP 22 might have been resolved in an update:

Ensure that your Xbox is keeping cool enough and you are allowing it airflow and not blocking its fans. Otherwise, your console will be overheating causing MotoGP 22 to keep crashing and potentially causing damage to your Xbox.

Make sure you have enough disk space because if it is getting pretty low, then this could lead to issues with the game crashing and not launching:

Pause any downloads and updates that are happening within the background as this can slow down your Xbox causing it to crash or lag.

If you have set a high resolution the game could be struggling with it causing it to freeze, not launch or crash so try changing to a different resolution:

Your saved game might have become corrupted so try removing your saved data for MotoGP 22. Then launch the game and see if you have the same issue.

Just ensure you have backed up your saved data just in case it’s not the cause.

If none of the methods above have helped then uninstall the game and then install it again. If you did have it installed on an external drive, try installing MotoGP 22 to the internal drive:

I hope the above methods have helped fix the issues you were having with MotoGP 22 Crashing and not launching or loading on your Xbox One or Series X. And you are now able to go flat out around the race tracks and set a hard-to-beat lap time.

If you did enjoy this guide and found it helpful then we are sure you would like all of our other game guides here.