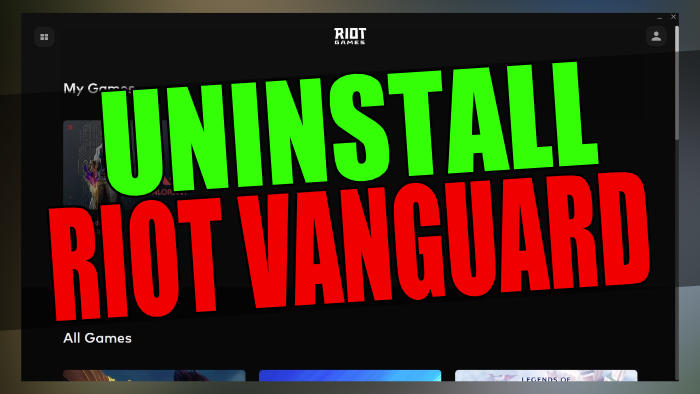 What Is Riot Vanguard?

Riot Vanguard is an anti-cheat system that stops players from hacking, cheating, and basically ruining the online experience when playing the games that use it online.

If you have ever played against someone that is exploiting a game by using cheats then you will know that it immediately just ruins the online game, so you then have to leave to then hope you get into a different game where no one is using cheats. So Riot Vanguard is a good thing as without it the games could become boring pretty quickly.

Do I Need Riot Vanguard?

No, you do not need to have Riot Vanguard installed on your Windows 11 computer but you will need to have it installed if you want to play a game that uses the anti-cheat system such as the game Valorant.

Did you know you can see the service status for the Riot games here?

How Can I Reinstall Riot Vanguard?

If you have uninstalled Riot Vanguard and would like to have it installed on your Windows 11 system again, then all you need to do is launch the game that uses it and the anti-cheat system will be installed upon the launching of the game.

How Do I Know If Riot Vanguard Is Running?

How To Uninstall Riot Vanguard Service:

So now we know more about Riot Vanguard and if you wish to proceed in uninstalling it from your Windows 11 PC or Laptop, then the steps are listed below there are two different ways of uninstalling Riot Vanguard.

2. Now search for riot vanguard in the “App list“

1. Expand the system tray (bottom right-hand corner of your Desktop) by clicking the up arrow

There you have it that’s how you uninstall Riot Vanguard anti-cheat in Windows 11. As we said above, once you do launch a game that requires it then the service will just get installed again automatically before that game is able to launch. If you found this guide helpful then we are sure you will like our other Windows 11 guides here.