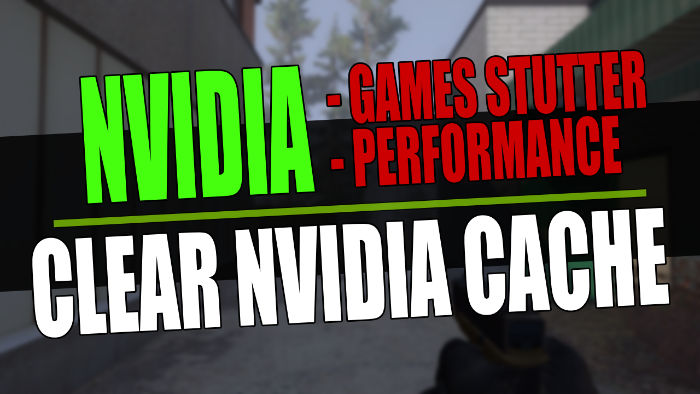 In this guide, we will be taking a look at how to clear the NVIDIA cache on your PC or laptop. If you have an NVIDIA graphics card then it will have accumulated a load of cache files over the time that you have been using it. And depending on how long that has been will depend on the size of your NVIDIA cache.

If you have been having graphical issues with a game or program within Windows and you have an NVIDIA graphics card, then clearing its shader cache could help fix the problem that you are having. It could also help fix any stuttering or latency issues that you are having in games on your PC.

There could be an issue with one of the cache files that’s causing the issue, so once you have removed the NVIDIA cache the files will then be automatically regenerated over time.

Is it safe to remove the NVIDIA cache?

Yes, it’s perfectly fine to remove the cache files that are created by your NVIDIA graphics card. They will be recreated when needed, but just like making other changes in Windows, it’s always a good idea to make a backup of any important documents on your PC.

How to clear NVIDIA shader cache & cache files in Windows

Below are the steps to clear your NVIDIA cache on a Windows 10 or Windows 11 computer.

First, we are going to want to clear the NVIDIA DXCache and GLCache:

1. Open up File Explorer > Type %localappdata% into the address bar and press enter

2. Find the NVIDIA folder and open it

3. Open the DXCache folder first > Select all the items in this folder > Right-click and select Delete

4. Then go back and open the GLCache folder > Select all the items in this folder > Right-click and select Delete

Now you have removed the files from DXCache and GLCache we can remove the cache files in the NV_Cache folder:

1. Open up File Explorer > Type %localappdata% into the address bar and press enter

3. Open the NV_Cache folder and Delete all the files in here

We hope the above guide helped you clear your NVIDIA shader cache files and it helped resolve the issue you were having, or at least free up some decent space on your PC!

If you enjoyed this guide and found it helpful then we are sure you would like our other Windows guides.

Check out our YouTube video here on “Delete NVIDIA Cache To Fix Game Stutter & Performance Issues” if you are getting stuck.