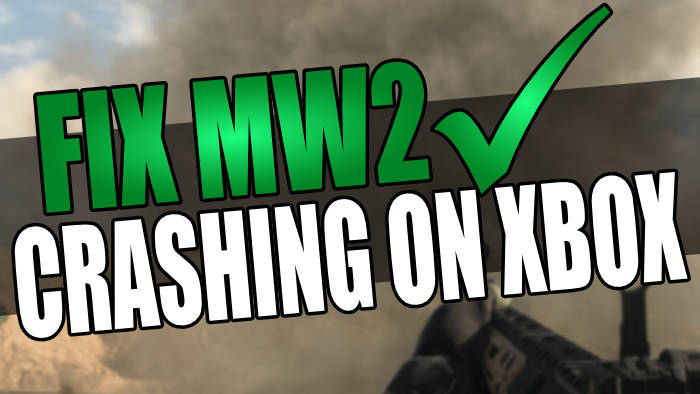 In this guide, we will be taking a look at how to fix MW2 crashing and not working on Xbox Series X and Xbox One. We have all been waiting for this year’s Call of Duty game, so it’s awesome that we got to try out a few of the game modes in the Modern Warfare 2 Beta. However, if the game keeps crashing, getting stuck on the loading screen, or just not working, then this can be very annoying.

There is nothing better than playing Team Deathmatch online against other players or getting that team win in Search and Destroy. And the latest COD Modern Warfare is full of action! Luckily, there are a few things that you can do to fix crashing and not loading issues in Modern Warfare 2 on your Xbox.

Why does MW2 keep crashing on Xbox?

As the game is new, then unfortunately there will be issues with the game. The game may crash on the “logging into Demonware” message, crash on startup, get stuck on the loading screen, or keeps crashing in the middle of a match.

These crashing and loading issues in MW2 could be caused by your system software, corrupted files, or even your console overheating.

How to fix MW2 crashing Xbox & not working

I have listed several methods below that you can try that will hopefully fix COD Modern Warfare 2 crashing & not loading issues on your Xbox One or Xbox Series X|S.

Make sure that your Xbox is in a well-ventilated area and not in a confined space where the fans are blocked. Otherwise, it could easily overheat causing MW2 to keep crashing or not work properly.

Make sure that your Xbox and the game are all up to date as there could be fixes in a patch.

Make sure that your Xbox is actually connected to the internet. If not then you then Modern Warfare 2 will get stuck on the loading screen and crash, as well as have connection issues and sign-in errors:

If some of the game files have become corrupted in your saved data then this will make the game crash and not work so try removing it. Make a backup just in case:

Try clearing your console cache to give it a refresh:

Try switching users on your Xbox. There could be something on the current user causing a conflict with the game.

If all else fails, then try uninstalling MW2 and then give it a fresh install. In case any of the game files had become corrupted:

That’s the end of our guide on fixing MW2 crashing and not loading issues on Xbox Series X|S or Xbox One. Fingers crossed you are now back in the game without any problems.

We have plenty more gaming guides here if this helped you out.