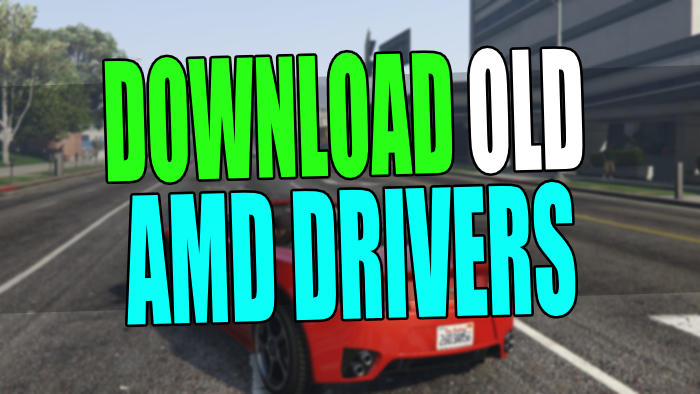 It is important to ensure that your AMD graphics card is using the latest driver on your Windows PC or laptop. But sometimes this is not possible and you might want to download and use an older driver. This could be due to compatibility issues, or you just simply want to install an older AMD driver because it ran better.

So in this guide, I will be showing where you can find an old AMD driver for a graphics card.

Why Use An Older AMD Radeon Driver?

There are a few reasons why you might want to use an old archive AMD driver. As I said above, if you are currently experiencing issues like compatibility etc with the latest driver that’s available on the AMD website, then using an older archive driver might be better.

And it may not cause the issue you are having, so you can use it until another driver has been released.

Is It Alright To Use Older AMD Radeon Drivers:

Using an old archived driver for your AMD Radeon graphics card is fine, the same as using older Nvidia drivers. But if you are able to use the latest driver then I would recommend this, as it will help remove known issues with previous drivers. Also, it will help make your GPU more stable and can make it run better.

Below I have listed the links to the previous AMD Radeon graphics drivers. If I have not listed the one you are after then I have also listed the steps on how you can hopefully retrieve it.

How to retrieve AMD older Drivers:

1. First head on over to the AMD website here

2. Now search for your graphics card then press the Submit button

3. Scroll to the bottom of the page until you see a hyperlink saying “Previous Drivers” then click on this link

4. You will now be able to select the Operating System you would like a driver for > Then download an old AMD Radeon driver for your GPU

I hope the above guide has helped you and you are now able to install old AMD Radeon drivers on your Windows 10 PC or Windows 11 PC. A previous driver for your AMD Radeon GPU may help get your graphics running as they should, if you have been having issues.

If you found this guide helpful then we are sure you would like all our other Windows guides.