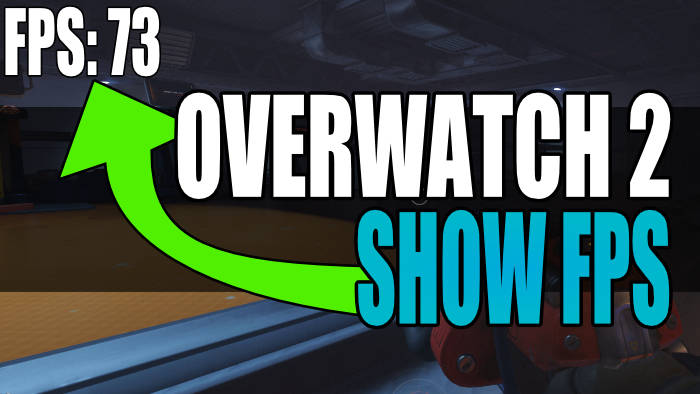 Overwatch 2 is a free-to-play game that’s available on all devices, and the game itself is very fun. I have had a blast within the game despite the odd Overwatch 2 crashing issue. Luckily there is an easy way to enable the Overwatch 2 show FPS option.

This is great news as the one thing I like to do with games on my PC is to keep an eye on my frame rate. So if you wanted to know how to show FPS in Overwatch 2 then I have listed the steps below.

And the option is simply just enabled in the game, so there is no need to mess around with other methods to show the FPS in Overwatch 2.

Why show the Overwatch 2 FPS counter?

It is important to keep an eye on your FPS in-game as it lets you know how many frames per second you are getting.

If you are receiving a low number of frames then you are going to start encountering issues with your graphics such as textures not loading correctly, lagging, stuttering, or it could even give you a black screen in Overwatch 2.

So that’s why you will want to turn on the show fps option in Overwatch 2 so that you will have a counter displayed on your screen.

Below are the steps on how to see FPS in Overwatch 2. And you can also toggle other stats to show in-game, within the same area.

4. Select the Video tab then Details

5. You can now toggle Display Performance Stats to ON

6. Now toggle Show Framerate also to ON > Press Apply to save your settings

7. In the same settings you can also show Overwatch 2 in-game stats such as GPU temperature, VRAM usage, network latency, and network delay

I hope the little guide above helped you show what FPS you are getting in Overwatch 2 using the FPS counter and hopefully, are getting a decent frame rate!

If you did enjoy this guide and found it helpful then I am sure you would like our other gaming guides.

Check out our YouTube video on How To Show FPS In Overwatch 2 On PC.